“..Gratitude To @Mike Decker For His Great Work Behind The Lens; And For His Intelligence In Deciphering The Difference Between A CONtrail And A ‘ch3mtrail’. And NO THANK YOU To The ‘propaganda broadcasting station’ #WEDONOTCONSENT!

You Sleep, THEY LIVE – And When WE AWAKE ‘they’ RUN! THE TRUTH FEARS NO INVESTIGATION!

Gratitude To All The Critical Thinking Subscribers For Supporting The All Seeing Heart! Where We’re Not Fully-Monetized, We’re FULLY-CENSORED lol. Kidding Aside It Was Never About That MONO-eye Anyway – And Besides We Were Never Able To Monetize From The Get-go Due To Our Sunny And Warm Office Location Near The DOME In ANTARCTICA lol.

If You Want To Help, And Could Use The Aid Of A Conversation Piece Please Do Visit Our Store On The MAIN LAND Where You Can Find The NEW “YouSleep” T-shirt [(or design your own coffee mugs, or stickers; and get maps too – the store is interactive) and DON’T FORGET to use your DISCOUNT CODE] At: https://www.zazzle.ca/yousleep_allseeingheart_org_t_shirt-235636336399432568” STRENGTH. GODSPEED!

OUTRO MUSIC:
Artist: Jaba and Friends
Song: The World is a Lie

CONTENT DISCLAIMER: The views and opinions expressed in the media or comments on this Channel are those of the speakers or authors and do not necessarily reflect or represent the views and opinions held by this channel’s broadcaster. Due to the social nature of this broadcasting channel videos may contain content copyrighted by another entity or person. This channel’s owner claims no copyright to said content. The broadcaster of this channel cannot be held accountable for the copyrighted content. The broadcaster of this channel is a MESSENGER AND SHARER OF INFORMATION and strives to verify, but cannot warrant the accuracy of copyrights or completeness of the information on this channel. If you have a complaint about or find your content is being used incorrectly, PLEASE CONTACT THE BROADCASTER PRIOR TO MAKING A COPYRIGHT CLAIM. Any infringement was not done on purpose and will be rectified to all parties satisfaction.

FAIR USE NOTICE: This channel may make use of copyrighted material the use of which has not always been specifically authorized by the copyright owner. This constitutes a ‘fair use’ of any such copyrighted material as provided for in section 107 of the US Copyright Law. In accordance with Title 17 USC. Section 107, the material on this channel is offered publicly and without profit, to the public users of the internet for comment and nonprofit educational and informational purposes. Copyright Disclaimer Under Section 107 Of the Copyright Act 1976, allowance is made for “fair use” for purposes such as criticism, comment, news reporting, teaching, scholarship, and research. Fair use is a use permitted. No copyright(s) is/are claimed. The content is broadcast for Study, Research and Educational purposes. The broadcaster gains no profit from broadcast content, so it falls under “Fair Use’ guidelines: http://www.copyright.gov/fls/fl102.html “..TOILET SKY Says It All. ‘they’ Are Literally Spray Shitting All Across What Used To Be Our Beautiful Clear Blue Skies (That We Only See Once In A BLUE Moon These Days, If We’re Lucky).

SORRY KIDS! We Just Woke Up To This A Few Years Ago Too; So We’re All In SOLUTION MODE, And Step ONE Is Recognizing That There Is A/Are Problem(s) In The First Place!” Strength. GODspeed.

Album:
There Shall Be Love! 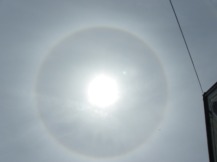 “…#WEDONOTCONSENT EITHER! Sorry Kids, but for now we must endure this great atrocity against nature and against humanity called #CHEMTRAILS or #GEOENGINEERING or SOLAR DIMMING or STRATOSPHERIC AEROSOL INJECTIONS or WEATHER MODIFICATION etc. … Really whatever name you call it, it does not change the fact that it has completely destroyed our skies! Our Sunrise in 2017 is now as you see it witnessed in this video today November 21, 2017.” 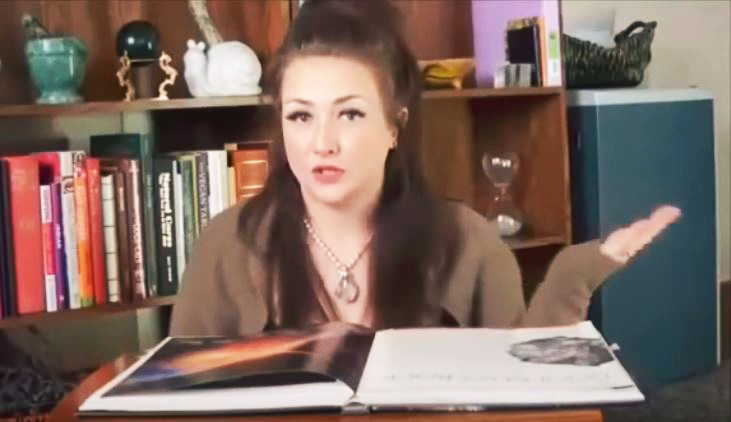 Attitude of Gratitude: http://www.AzimuthalEquidistant.org/ “..We present here an excellent video summarization of the ‘Weather Modification’ reality. The saying THERE IS NOTHING NEW UNDER THE SUN sums it up precisely. Whether you believe our Earth (hEart) is spherical and spinning or planular and still (as we sense it, naturally); ONE thing is for certain, OUR TIMING to band together as GOoD Brothers and Sisters WORKING TOGETHER to STOP THE MADNESS is PERFECT! Keep spreading the news and raising awareness, it’s the first step. Thoughts are indeed things and we need 50%+ of the World Community ‘TUNED IN’ to the TRUTH (Verifiable Facts) NOW, MORE THAN EVER!

DID YOU KNOW? CHEMTRAILS ARE MAINSTREAM NEWS NOW IN 2017 ~ they’re TRYING TO BLOCK OUT OUR LIFE GIVING SUN! Strength. GODspeed.”

BLOOMBERG ARTICLE – Weather on Demand: Making It Rain Is Now a Global Business
Welcome to the strange world of cloud seeding.
By Amanda Little | October 28, 2015
https://www.bloomberg.com/features/2015-cloud-seeding-india/

Attitude of Gratitude: http://www.AzimuthalEquidistant.org “..given the time of year, and given the recent hurricane harvey, and now the impending hurricane irma, our thoughts are with all our Brother and Sister souls in the areas affected.

History has now officially/publicly proven ‘Man’s’ interest and success in the modification of OUR GOD/ONE Given Weather, i.e. MOTHER NATURE.

Pray for those in need, and spread this knowledge forward to help raise awareness to EXPEDITE society’s transition towards a better, more truthful way of doing things together. STRENGTH. GODspeed.”

Attitude of Gratitude: http://www.AzimuthalEquidistant.org “..We dedicate this documentary film to ALL OF OUR BROTHER AND SISTER SOULS who flew the airplanes spewing garbage out the back today August 9th, 2017 and completely destroyed our skies, and ruined our Sunset. May the energy we directed to them in their cockpits, thoughts of forgiveness, resonate with their Souls, and save them, their parents, their kids, and their friends. May EMPATHY towards nature, animals, and their fellow SOULS become a feeling that overwhelms them today. And they should know ONE thing is for certain; WE ARE THEIR FRIENDS. WE ARE ONE. GODspeed”

FrankenSkies is an 80 minute social change documentary regarding the Solar Geoengineering/Chemtrail agenda that affects every living being on earth. The struggle of bringing awareness to this subject, despite the obstacles of a socially engineered populace and the military industrial complex with its endless resources, is palpable in this awakening truth feature.

An impeccably timed eye opening expose, the film reveals the campaign to normalize chemical cloud formations via atmospheric aerosol dispersals. Up against a normalization timetable encompassing a controlled media and an indoctrinated educational and political system, activists ask the question : Is your silence your consent?

A shocking informative film on climate engineering, frequency control and CIA manipulation, the film’s narrative unfolds through a historical timeline of experimentation on humanity, bringing us to a modern day laboratory that encompasses the air we breath and dictates when and where the sun shall shine, or not…